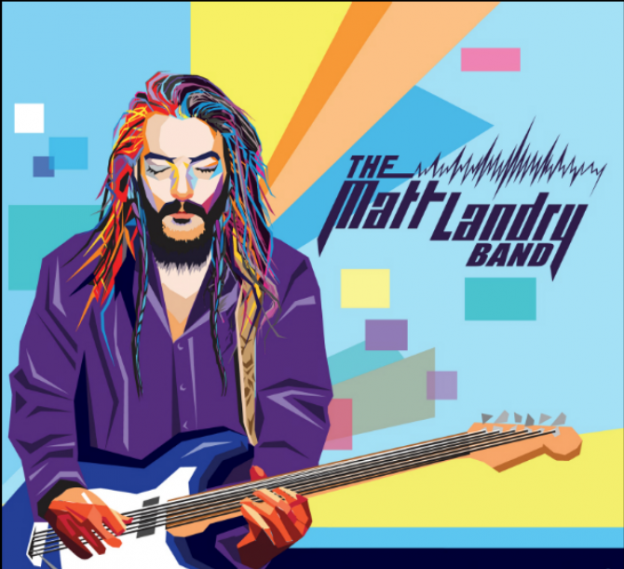 Get ready to experience the Matt Landry Band, a fingers flying, hard hitting, jaw dropping  blues-rock band whose original and tribute material will take you on a high energy journey that which is flooring audiences everywhere they play.

With deep roots in the music that some say started it all, blues aficionados agree that very few can stir the emotions of an audience each and every time like Matt Landry when he slings his beat up Stratocaster over his shoulder and takes the stage with his trio. Matt Landry’s Guitar and Electric Violin playing is like a musical painter creating a masterpiece as listeners stay glued to every riff, waiting for the last note to end so they can catch their breath.

Since the release of their 2015 album Are you Ever Gonna Go, which was nominated for the ECMA Blues Recording of the Year, the Matt Landry Band is exploding everywhere on the East Coast.  The nomination for the band’s debut album; together with being invited to Showcase at ECMA Week in Sydney, is evidence the Trio has arrived. This outstanding 9-track album drips with The Matt Landry Band’s exciting brand of authentic blues/rock attitude. The songs impact a wide range of fans from personal listening headphone types, to dance floor maniacs.

The Matt Landry Band including Matt Landry on Guitars, Violin, and vocals, Larry Patterson on Bass, and Drummer Chris Landry is simply the Real Deal!  This hardworking band keeps busy playing festivals, events, clubs and private functions showcasing their original material and classic rock covers, which create an instant party atmosphere. They have opened for the likes of The Trews, One Bad Son, Gloryhound, Helix, Platinum Blonde, Honeymoon Suite, and Five Man Electrical Band with an ease and efficiency normally reserved for more experienced units…and they are just getting started.

About the Band Members

Matthew has been playing music nearly all of his life. A third generation musician, he learned the violin at a young age and went on to win his first trophy at age four (third place, Ivan Hicks’ maritime fiddling contest) and his first classical violin competition at age six. At age twelve Matt joined his family’s rock band and quickly took to the electric guitar, falling in love with the Blues and Rock genres. His musical inspirations range from Mozart to Jean-Luc Ponte, to guitar legends such as Jeff Healey, Carlos Santana, and Stevie Ray Vaughan.

Chris started playing drums when he was 10 years old; he played his first TV show on CBC when he was 12, he was playing with students from The University de Moncton. He has been playing in bars since he was 15. Most of his life he has played with family members. He has played in bars in Vancouver, Toronto and all over the Maritimes. His strong meter and energy is the back bone to any group he plays in.

Larry was always trying out various musical instruments from a very young age. Finally, he decided on the bass guitar thanks to close friend and teacher, the late great Pete King. Striving for new heights in one artistic way or another, and gaining experience with various teachers and mentors over the years, Larry brings a thick, juicy, solid bottom end to the rhythm section. Influenced by music of almost all types, but with a special fondness for 70’s & 80’s Rock including Styx, Triumph, Whitesnake, Iron Maiden, Queen, Zeppelin, Floyd and others.