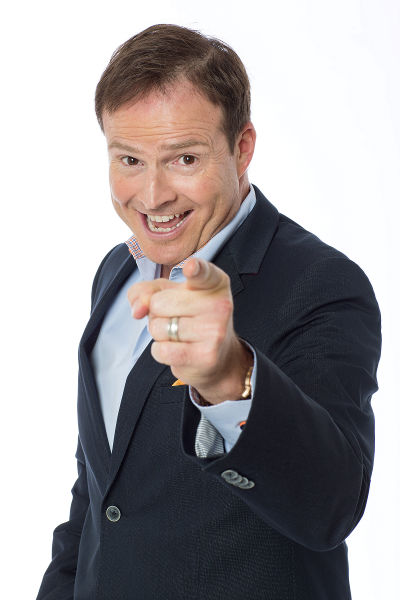 Steve Patterson began his full-time comedy career shortly after being fired from his full-time copywriting job for shamelessly trying to inject humour into an ad for an amusement park in 1996. He joined the touring roster of Canada’s premiere comedy booking agency later that same year. After less than one year of performing as an opening act, Patterson was promoted to headliner status.

In 1999, Steve performed at the prestigious Just For Laughs festival in Montreal for the first time where his Irish-influenced material prompted his first of many performances in the Emerald Isle.

Now a seasoned comedy veteran with over a decade of headlining experience, the work and accolades for Patterson are pouring in steadily.

Named host of the hit CBC radio show “The Debaters” in 2007, Steve can be heard weekly across Canada and around the world steering Canada’s top comedic minds through hilarious debates on top of mind topics. He has also become a familiar name on the Australian comedy circuit with three headline tours for three years in a row.