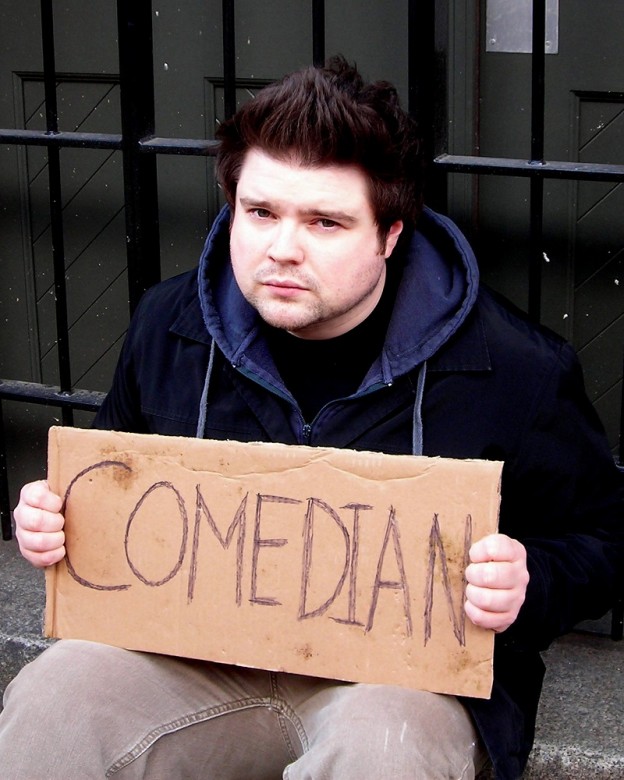 Simon King utterly changes a room when he takes the stage. He is arguably one of the most powerful, moving and potentially significant comedians working anywhere today and completely unlike anything in the comedy world. His unmistakable and edgy style makes him nothing short of a force of nature. Known for his explosive performance that blends sharp socially conscious and often dark material with a keen point of view Simon goes flat out with hilarious and game changing results. A prolific writer and tireless performer he is constantly honing his skills and pushing his limits by performing hundreds of shows a year all over North America and the UK. From right in the thick of it to the middle of nowhere you’re sure to find him ranting the gospel of common sense at the top of his lungs most every night. Equally at home in dive bars and theatres he commands the room, owns the crowd and blows the doors off no matter where he is.
Being the kind of comedian that comes along once in a generation will get you noticed. Simon has been a featured guest at The Just For Laughs Festival in Montreal, The Winnipeg Comedy Festival, the HBO/TBS Comedy Festival in Las Vegas, The Vancouver Comedy Festival and the prestigious HBO U.S. Comedy Arts Festival in Aspen to name only a few. In addition to his live appearances, his critically acclaimed and extremely popular TV specials and albums have helped secure his place as an emerging comedy superstar.