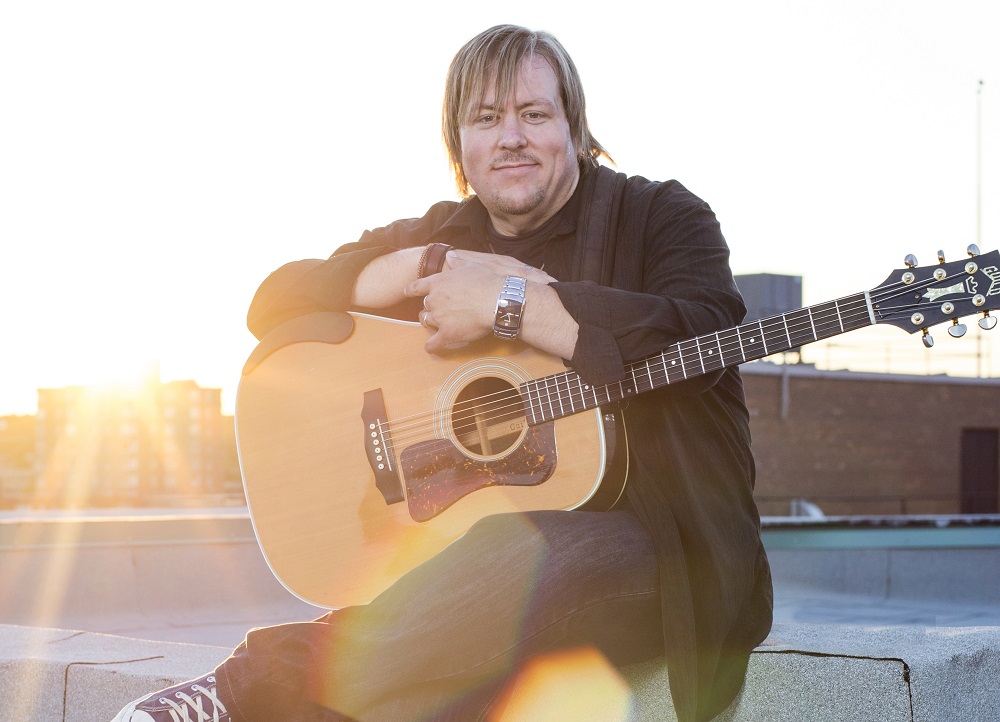 Mike Biggar is a definitive natural live performer whose music has been best described as soulful roots & country with a hint of the blues.  His intense, roiling live performance, signature soaring vocals, warm disarming on-stage humour combined with a gutsy and bluesy delivery, reflective of his childhood roots in gospel music has people eager to hear more and more of this rising star hailing from New Brunswick.

Once you hear Mike’s infectious melodies and compelling, soul-baring lyrics it becomes clear why Biggar is described as a unique breed of singer-songwriter. His prowess to translate the full potency of his recorded songs in acoustic solo/duo live shows is distinct, effective, and even a bit spiritual. The deep imprint he leaves on his listeners confirms why this musician has been marked by acclaim and awards since his formal entry into the industry in 2009. The conviction with which Biggar unfurls his music reveals a life destined to be shared in song. With songs like Hero and Better Men he erases the distance between stage and listener drawing you in to live the stories he tells, then with high energy tracks like If You Catch Hell he steams down the tracks like a roots-rock inspired freight train.

In 2011 Mike’s much-loved Christmas album The Season received a Music New Brunswick Award for Spiritual Recording of the Year followed closely in 2012 with an East Coast Music Award for Gospel Recording of the Year. Since then Biggar was signed to roots record label Busted Flat Records (Kitchener-Waterloo, Ont.) for distribution of his release Feels Like Now (10/13). This album features a robust collection of songs that showcase his artistic aptitude to weave powerful, punchy anthems with deep, reflective ballads. In 2014 this sophomore album was awarded the Music New Brunswick Award for Country Album of the Year and was nominated for a 2015 East Coast Music Award in the same category. Mike has also received Music New Brunswick nominations for SOCAN Song of the Year and Video of the Year awards as well as achieving finalist status in the prestigious International Song Writing Competition. Biggar has also been a featured performer on major festival stages across Eastern Canada including the iconic Stan Rogers Folk Festival, the Cavendish Beach Country Music Festival and the Harvest Jazz and Blues Festival. Mike can also often be found in the more intimate and engaging setting of private a House Concert.

Biggar’s third full length album, Go All In is scheduled for released on Busted Flat Records in Spring 2017, which he will be using to help broaden his musical horizons as a live touring artist with an extensive Cross- Canada tour with his drive that is constantly revealing new paths. Here are three tracks from the new album for your listening pleasure.

Blood From a Stone

Everything that makes Mike Biggar a top talent is on display here [on Feels Like Now]…his song writing, his singing, his liveliness, and personality, they all shine through. His vocals jump out of the speakers and he seems to have found the ‘eleven button’ on his vocal amp, soaring higher, louder and richer.

Feels Like Now serves to highlight Biggar’s knack for powerful lyrics that seek to inspire the listener: Backed by an abundance of melody, Heartfelt and genuine, expect Biggar’s star to rise exponentially with Feels Like No a record that shows an East Coast boy can indeed play in the big leagues.