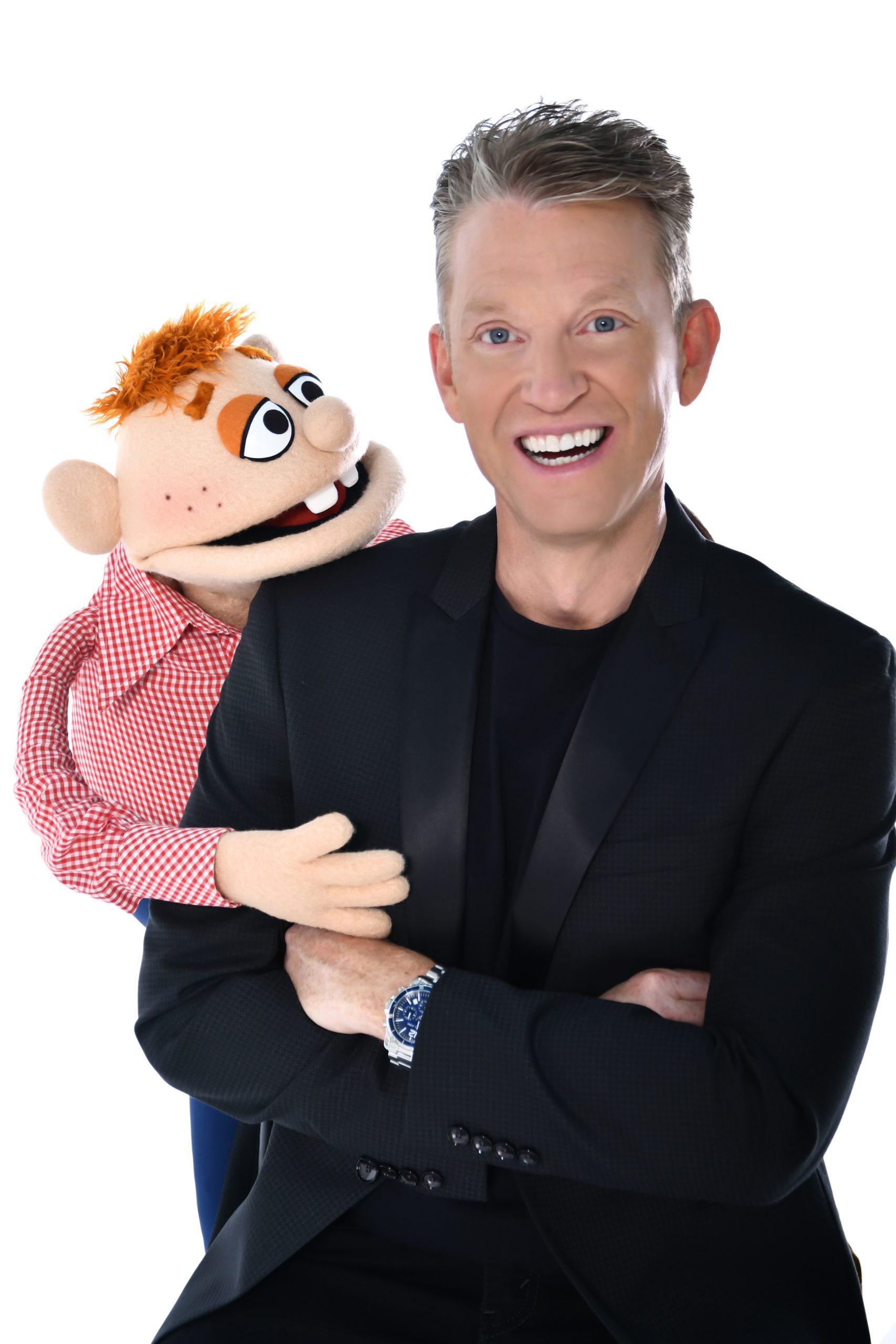 Michael channels the talents of his legendary great grandfather (a vaudeville ventriloquist) into a one-man, laugh out loud romp into the past with his new up to date twist on this long lost art form. Michael is a talented ventriloquist, puppeteer and comedian with a lifetime of experience in this unique field of entertainment. He has worked with Kelly Clarkson, The Muppets and Boyz to Men. He has headlined on the world’s most luxurious cruise lines; Disney, Royal Caribbean, Princess, Norwegian and Crystal. Corporate events; Rainbow Room, Rockefeller Center-New York, The Bellevue Grand Ballroom-Philadelphia. Comedy clubs and Festivals; Hong Kong Comedy Festival, Catch a Rising Star-New York, Yuk Yuks- Canada. Shows at luxury resorts Atlantis and Sandals in the Caribbean.

Michael took his talents to a new level when he appeared on the hugely successful television show, America’s Got Talent, receiving glowing reviews from the celebrity judges.  He has written and performed on the award winning television show “Kids in the Firehall” (Bronze Apple Award Winner) and is the star of the reality television pilot “The Dummy Test”.

Hilarious-Amazing-Unforgettable…Just a few words used to describe this one of kind entertainer. From luxurious cruise ships to national conventions and conferences, Michael Harrison can deliver a knock out performance every time.

VENTASTIC -Reimagining the Art of Ventriloquism

Michael is an extraordinarily talented ventriloquist, comedian and master showman who combines his many talents in this laugh out loud, one man tour de force. It’s Fantastic Ventriloquism, it’s VENTASTIC!

Michael’s family show is so finely tuned that Disney, the world’s largest entertainment company, has booked him for over 20 consecutive years and over 3000 performances as the headline act for Disney Cruise Line…more than any other entertainer!

Now you can bring “Ventastic -Reimagining the Art of Ventriloquism” to your theatre, festival, or just about any event in need of a powerhouse show that is guaranteed to amaze and entertain your audience.

For corporate audiences Michael delivers 45 minutes of laugh out loud comedy and audience participation. Combined with a cast of characters that only can be described as “one of a kind”. His corporate show is great adult entertainment and always in good taste. Whatever the occasion or audience, Michael has the show for you.

Everyone loved his show. We laughed so hard our face was hurting. Great working with Michael. Suggest everyone bring this funny guy to your next event. Great evening!

“Consistently had people doubled over in laughter”

“Michael, you had us in the palm of your hand. My face still hurts from laughing so hard, you’re a true professional”

“Great fun and hilarious for all ages!! The Hong Kong audience LOVED Michael!”