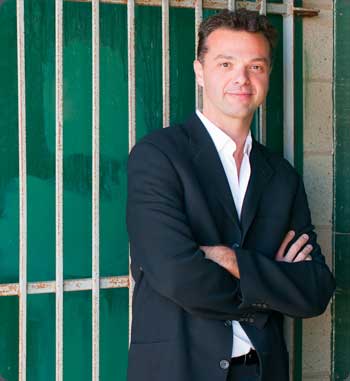 Matthew DiSero has worked with comedy greats such as Drew Carey and Jerry Seinfeld, performed on the international hit TV show Penn and Teller: Fool Us, been submitted for a Canadian Comedy Award, and has performed everywhere from Casino’s in Las Vegas to corporate events in Tokyo. DiSero’s headline performances at Canada’s Walk of Fame Ceremonies, Ohio’s “Great Lakes Comedy Festival”, the Regina Comedy Festival and the HubCap Comedy Festival in Moncton have led to television appearances on the Comedy Network, ABC, The CW network and Bite TV.

Matthew DiSero is both a comedian and magician blending the two disciplines together to create the perfect interactive, clean and funny show to entertain your guests at corporate events and special occasions. Clients love working with Matthew because he is consistently funny, entertaining and on target with their audiences. DiSero can also be seen internationally performing on some of the world’s largest cruise lines such as Princess, NCL, Holland America and Royal Caribbean. Matthew has also often donated his time for performances for the military entertaining troops in Kuwait, Afghanistan, Italy, Dubai, Cyrpess, Greenland and even WAY up at the North Pole. Yes, he’s actually been to the North Pole just to get a laugh and work his magic.

With an eye on social justice and in an effort to be a better global citizen Matthew has partnered with Spread the Net, Rick Mercer’s charitable foundation, and SoChange a Canadian based NGO, both of which raise money for Malaria relief in Africa. DiSero performs in and helps produce shows to help them reach their goals. Click the following link to learn more about the Mosquito’s Suck Show .

Matthew DiSero thrives on taking the Boredom out of the Boardroom! Meetings and events should be exciting, especially when your guests or employees ARE the show. Magic and Comedy combine into the perfect entertainment for after dinner events. Interaction is the key. Members of the audience are invited onstage to assist with the magic. SEEMINGLY improvised, the show is full of BIG magic and BIG laughs. Always treating guests with respect, never asking them to do anything embarrassing. During the show up to 15 people are invited onstage to help with the laughs. Always working within the parameters of good taste, the comedy is clean and corporate friendly. The whole audience becomes a part of a show that involves chickens, car batteries, escapes, a giant cigarette, feats of mind reading & a little fun filled danger. Fortune 500 companies and event planners engage Matthew as reliable, fun convention entertainment in such exotic locales as Tokyo – Japan, Seoul – South Korea, Cuba, London – England, Cypress, Sydney – Australia, Canada and across the United States. His vast experience allows him to create a show designed specifically for your needs with your demographic in mind resulting in a truly unique and memorable performance every time!