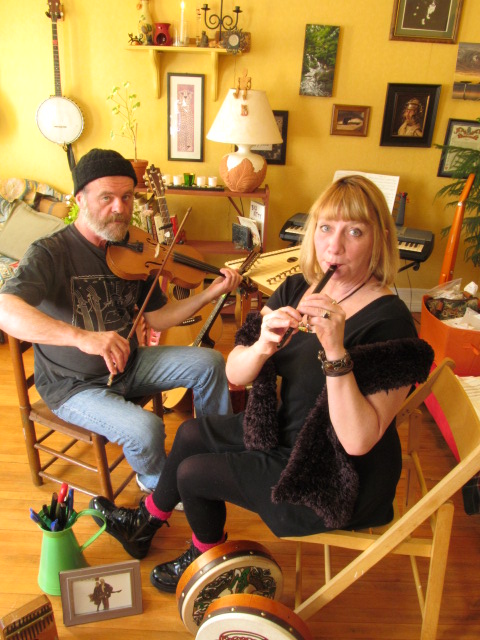 Demo: Girl I Left Behind

With a broad repertoire of traditional songs, tunes and yarns (Celtic, Acadian and beyond), Don and Michelle celebrate Atlantic Canada.

In their combined history of performing they have served up their bill of fare in the Maritimes, Newfoundland, Quebec, Ontario, New England and Ireland toting tin whistle, fiddle, guitar, bodhran, spoons, hammered dulcimer and bouzouki… with an occasional side dish of accordion, banjo, doumbek and mbira!